The once legendary King fishery of Port Phillip Heads seems to have all but gone, but the continuing trends in NSW where the numbers of Kings to be caught has dramatically increased over the last couple of seasons and the good seasons experienced at Portland should be good news for us for the future. Only 10 years ago Gone Fishing Charters (then known as Gone Kingfishing Charters) was the only charter company to target these species in the ‘Rip’ and fish in excess of 30kg were taken.

These days we still target Kings when the conditions, moons and tides are right but this is now done on the offshore reefs between Barwon Heads and Torquay, and the catch is generally a lot smaller than in the past (fish to 6kg). We still hold hopes that the Kings will return to the ‘Rip’ and it’s then that Gone Fishing Charters will again stand out as the company to fish with.

Keep an ear open for reports in early December and if you hear Kings are on in the ‘Rip’ you can rest assured that Gone Fishing Charters will be right amongst the action! 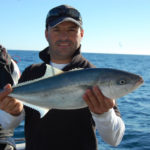 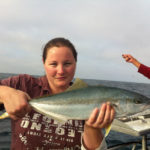 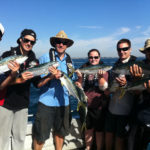 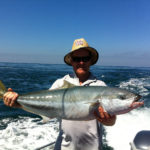 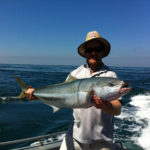 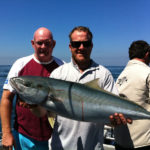 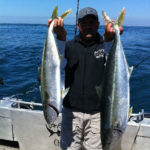 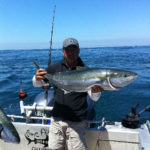 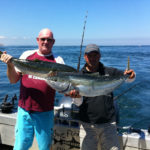 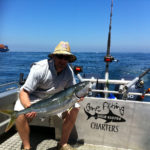 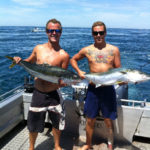 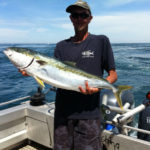 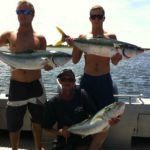 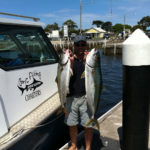 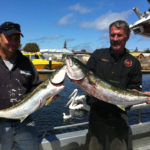 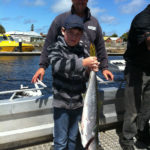 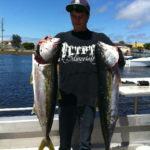 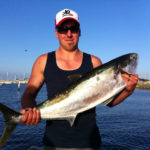 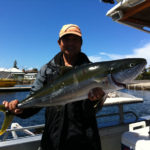 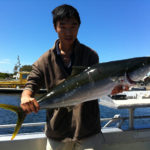 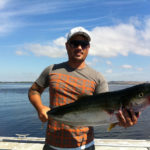 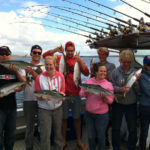 Trolling with squid - both fresh and imitation, or garfish and popper casting (not for the faint hearted).