Gone Fishing Charters offers charters searching for the elusive Southern Bluefin Tuna on Victoria’s Continental shelf. From early May until July Victorian anglers can tangle with these high speed, hard fighting oceanic wanderers in the waters off Portland in the states far West.

Owing to Bass Strait’s shallow waters, the rest of Victoria’s coastline is devoid of these prize fish so Gone Fishing Charters move our operations to the Port of Portland for the month of May. With Victorian anglers traditionally heading north to NSW for tuna action, many are now taking the opportunity to catch tuna much closer to home. Only four hours drive from Melbourne, Portland not only offers pelagic fishing for Bluefin and Albacore, but unsurpassed bottom fishing unrivalled anywhere else in Victoria.

The sheer numbers of Snapper, Morwong, Gummy Shark and more is enough in itself to attract fishermen eager to have some serious rod bending action. 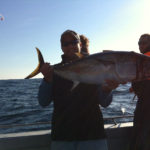 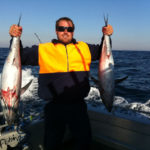 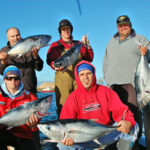 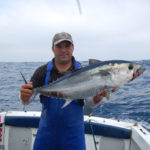 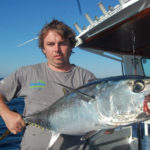 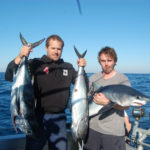 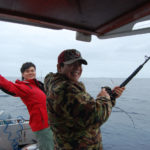 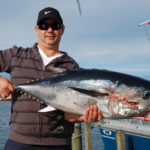 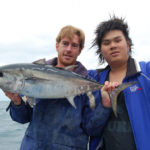